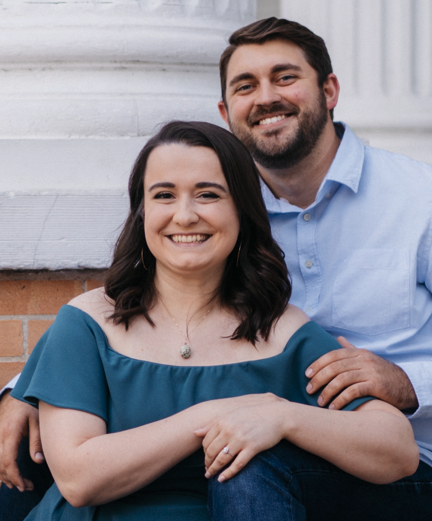 Justin was born and raised in a military family who have traveled from California, to Florida, and all the way to Japan. He attended Houston Baptist University where he gained his Bachelors in Christianity, and Minored in Communications. Justin is very much into playing and exploring the world of board games and other table top games. He also very much enjoys all things Nerd culture, and loves to play basketball, find good new eats, and watching The Office for the umpteenth time. While his mother, and younger brother are now living back in Florida where his father retired (Sondra, Ryan, and Paul respectively), Justin and his wife, Campbelle, and the cat, are living in Richmond and were married on December 28, 2019. Campbelle, his beautiful wife, is a nurse, who also enjoys re-watching The Office, gaming, and getting cozy reading young adult fictions. Justin later obtained a Masters in Youth Ministry through CYMT at Austin Presbyterian Theological Seminary, and has been passionately serving in ministry with young people since 2015, and is set on helping them grow in a deep relationship with Jesus.