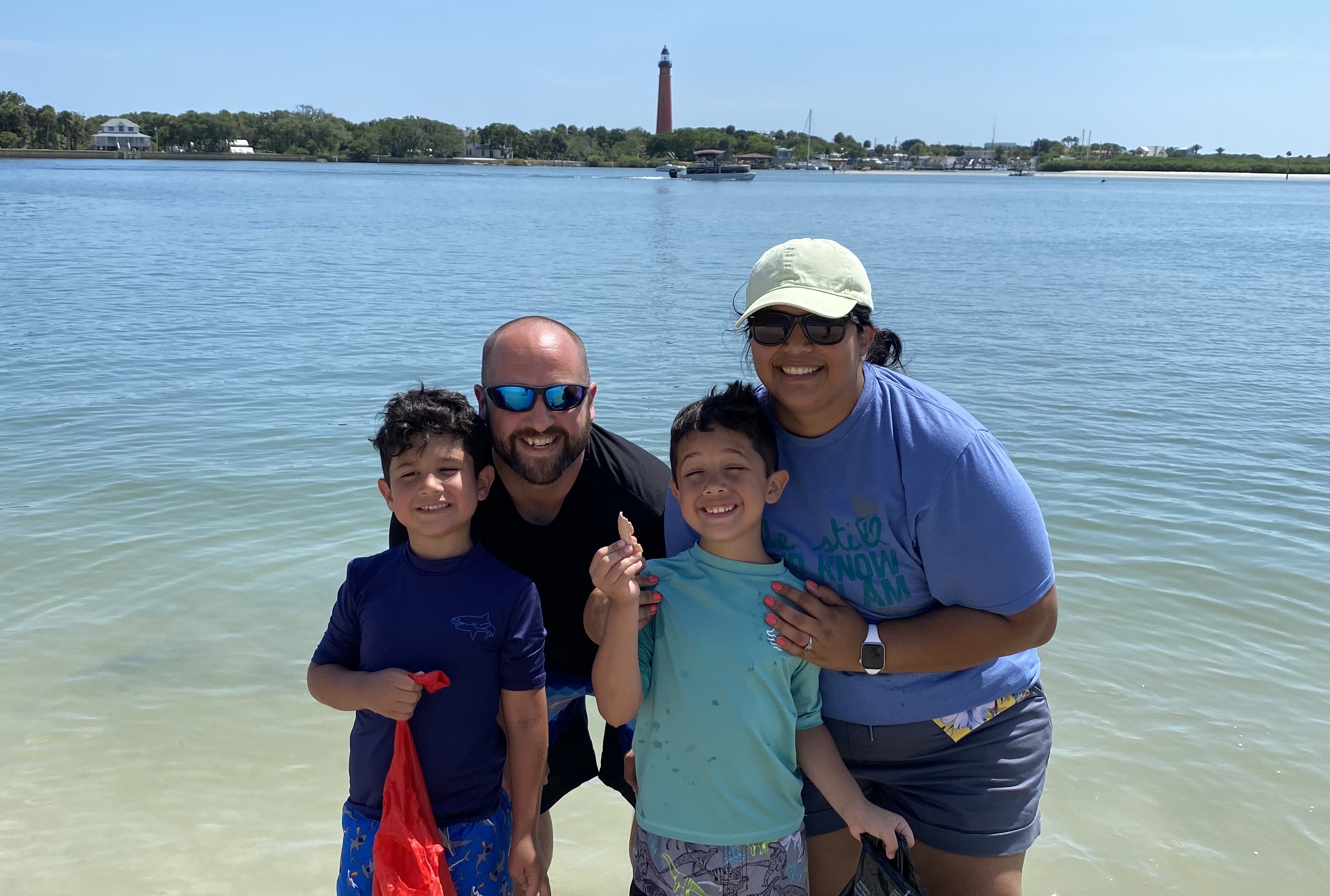 Cara and Bryan first met in 2006 while working in the restaurant industry. Bryan had transferred from Tyler, Texas to Sugar Land for work and Cara and Bryan started dating shortly after. In March of 2009, they got married and shortly thereafter Cara began school at the University of Houston to become an educator. Cara graduated in 2012 and immediately went into the teaching field working at the elementary level.

Cara is currently teaching 4th grade at Meyer Elementary in Richmond, Tx and is working on her 10th year of teaching.  Bryan is currently working at Hobby Lobby and is passionate about anything automotive or audio related.

In March of 2014, The Honeycutts welcomed their first child, Reese Alan, whom was soon followed by “Cam” (Cameron) Lee in March of 2015. Reese is currently in second grade and Cam is in first and they are growing like weeds.  The boys love anything Godzilla or dinosaurs which takes up the majority of their free time when they are not trying to pounce on Dad.

The Honeycutts have been with The Sanctuary since 2015 and have recently moved into the Preschool Coordinator position at The Sanctuary. The Honeycutts feel that it is very important for children to learn about Jesus at a young age, and also for them to understand what it means to have a personal relationship with Jesus!